Super Eagles striker Victor Osimhen has been named Lille’s Player of the Month award for August after a brilliant start to life in France.

Osimhen who joined Lille in the summer from Belgian side Sporting Charleroi has scored two braces for Lille.

The 20-year-old striker scored a brace on his debut for Lille to help them to a 2-1 win over Nantes in their first Ligue 1 game of the season. 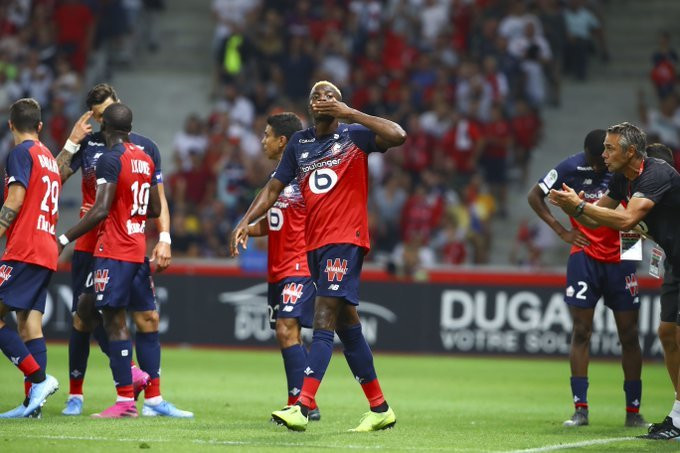 He netted another brace for his team in their 3-0 league win over Saint Etienne.

With four goals in three games, the Nigeria international has been named Lille’s Player of the Month for August.

“And the trophy of the #Playerofthemonth of August sponsored by @boulanger goes to VICTOR OSIMHEN! Congratulations @ victorosimhen9,” Lille announced on Twitter.

Osimhen is currently in camp with the Super Eagles of Nigeria ahead of their friendly game against Ukraine on Tuesday, September 10.

The striker will be back with Lille after the international break and will hope to continue with his goal-scoring form when his side host Angers in their next league clash on Friday, September 13.

In message to North Korea, 2 US carriers to train together...

Supersand Eagles off to Bahamas for World Cup