Uzoho was on until the 63rd minute before he sustained the injury while trying to get the ball from a corner.

The 20-year-old landed badly on one of his knees which got damaged when he landed.

Uzoho was in pain and could not recover after he received treatment. He was taken off with a stretcher.

The Omonia of Cyprus goalkeeper who is on loan from Spanish club Deportivo La Coruña was very impressive before his injury. 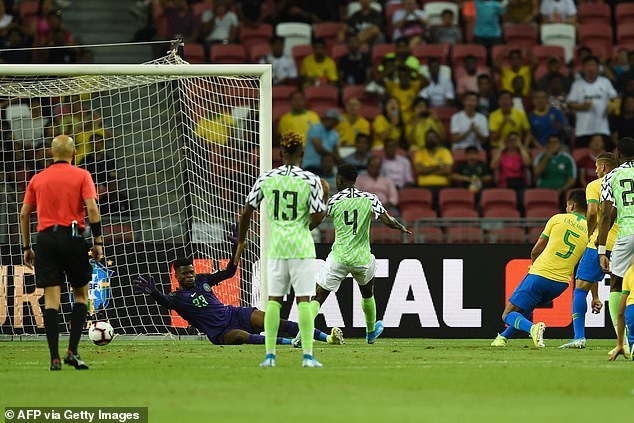 He made a couple of impressive saves, the best for two headers from Gabriel Jesus in the first and second half.

Despite his fine outing, Uzoho conceded a goal as Casemiro scored to draw Brazil level in the game that ended 1-1.

Game Of The Weekend: Real Madrid Vs Barcelona (Bernabeu, 7:45)