Vice President Yemi Osinbajo and the National Chairman of the All Progressives Congress, Adams Oshiomhole have inaugurated the ruling party’s campaign ahead of November 16 gubernatorial election in Kogi State.

The Vice President while presenting the flag of the party to the state governor, Yahaya Bello, who is seeking re-election, said the governor would emerge victorious in the election.

Osinbajo also appealed to the the people of the state to come out and vote on Saturday, November 16, 2019 for the party’s candidate, Punch reports. 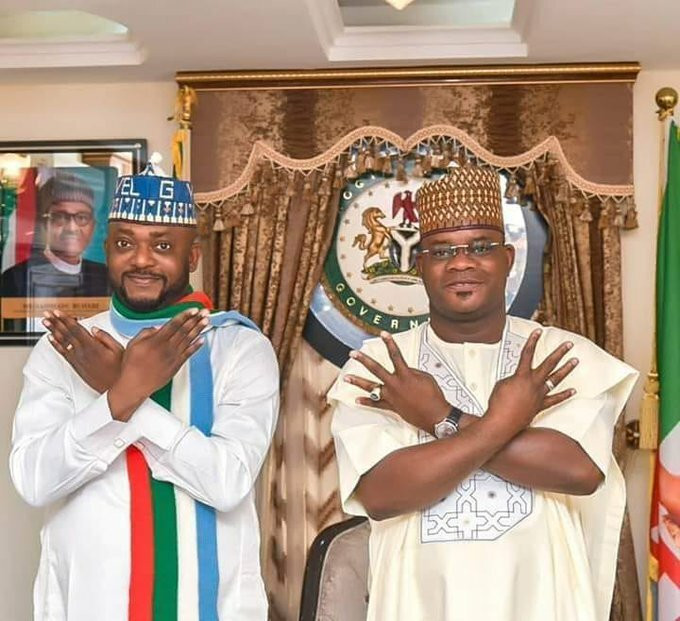 Also speaking at the inauguration, the National Chairman of the APC, Adams Oshiomhole said Bello is a tested and trusted politician, adding that he has performed excellently during his first tenure.

While assuring the people that the governor if re-elected would not disappoint them, Oshiomhole said Bello has passion for the sustainable development of the state.

The party chairman said, “If you know where this state was during the reign of the PDP and now, you will understand there is a need to vote for Bello for continuity.

“Bello has the capacity to translate his vision into reality and that is why I am appealing to you to vote for him during the election and he will not disappoint.”

In his address, Bello urged his supporters to ensure the governorship election is won for the party.

Some of the APC governors at the rally include, Governors Kayode Fayemi of Ekiti State, Abdullahi Sule of Nasarawa State, Abdulrahman Abdulrazak of Kwara State and Mai Mala Buni of Yobe State.

Recall that in September, Bello picked Simon Onoja as his running mate in the November 16 governorship election.

No Man Can Stop Me From Returning As Edo Governor – Obaseki