The Independent National Electoral Commission (INEC) says it will commence the distribution of Permanent Voters Cards (PVCs) on September 2 in Bayelsa and Kogi States.
INEC’s National Commissioner and Chairman of Information and Voter Education Committee, Mr Festus Okoye, announced this in a statement on Tuesday.

He explained that the commission held a meeting and reviewed its preparations for the conduct of the governorship election scheduled to hold in both states on November 16, 2019.

Mr Okoye said PVCs would be available for collection at the registration areas and wards across the local government areas in the states.

He noted that the exercise, which would take place between 9am and 3pm from Monday to Friday, would last till September 30.

According to the national commissioner, the total number of uncollected PVCs in Kogi and Bayelsa States are 170,644 and 49,291 respectively.

INEC urged all registered voters that are yet to collect their PVCs to do so in order to vote for their preferred candidates in the polls.

Read the full statement below: 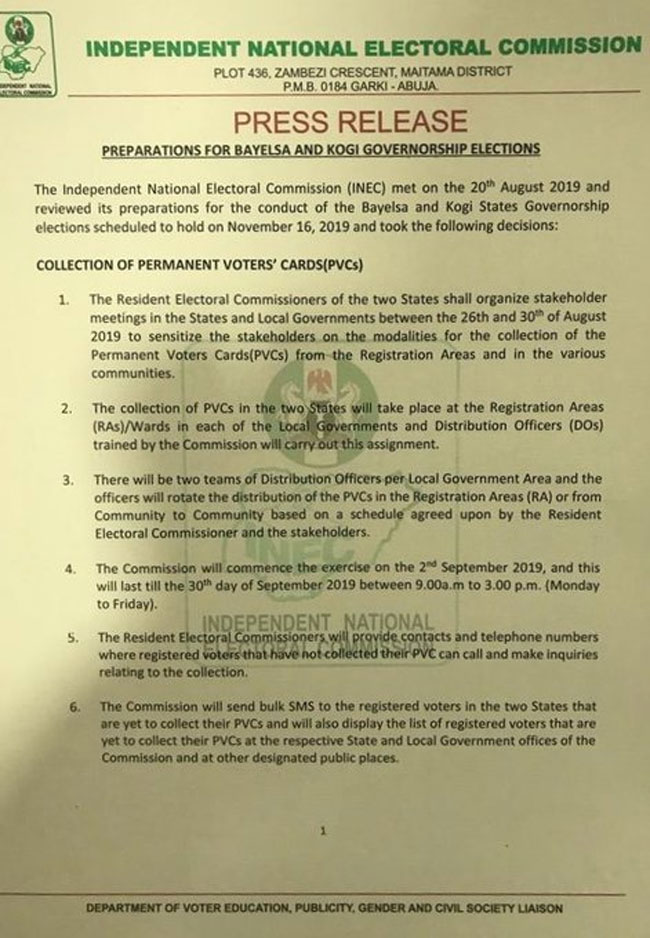 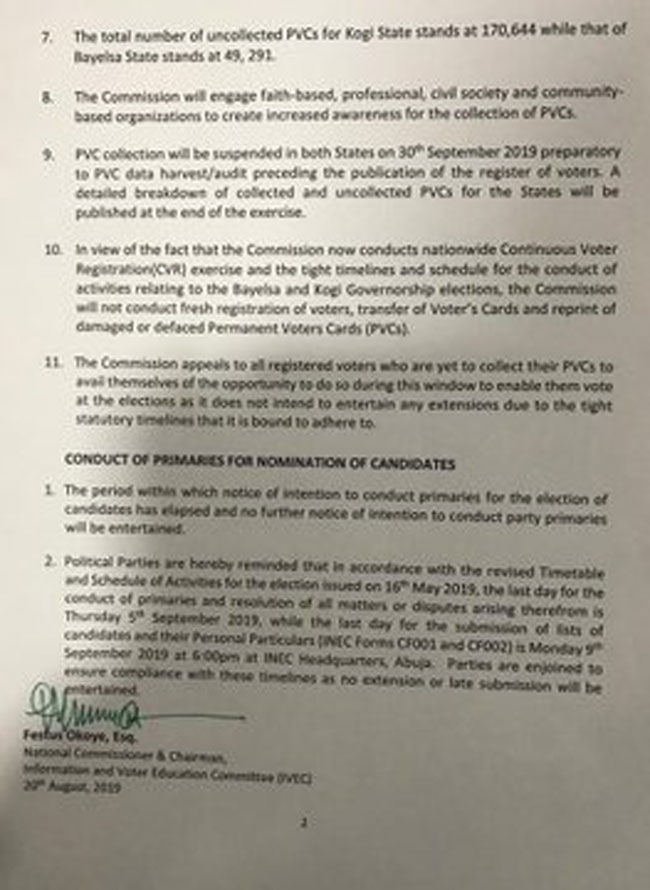 JUST IN! Davido Dragged To Court Over N60 Million Debt

Rep who survived kidnapping, dies at 51