It was a humiliation, by the end. Even though, for a brief period in this enthralling Clasico, it looked like Real Madrid might turn things around, it wasn’t to be.

Barcelona thrashed Real Madrid 5-1 at Camp Nou on Sunday to go back to the top of La Liga, leaving their arch-rivals ninth, down and out, and almost certainly putting visiting coach Julen Lopetegui out of a job.

Philippe Coutinho and Luis Suarez struck in a first half utterly dominated by Barcelona and, truth be told, Madrid were fortunate to go in at half-time just two goals down.

It was only thanks to sloppy Barcelona passing that they did. Injured Argentine star Lionel Messi, watching on from the stands, rolled his eyes as two golden chances were spurned.

Rafinha, playing on the right flank in the Argentine’s stead, heavily overhit a simple pass that would have sent Alba through on goal, before Suarez somehow squandered a four on one Barcelona break, clipping a strange chipped effort well off-target with runners screaming for the ball to his left.

The Uruguayan was allowed this folly, after he won and dispatched the penalty for Barcelona’s second goal, arriving at his best form in the week he most needed to. He followed up his impressive display against Inter in the Champions League with another fine outing here, going on to complete his hat-trick.

By contrast, at the other end, Lopetegui’s impotent Madrid side were reduced to speculative efforts from distance, with Gareth Bale, Marcelo and Sergio Ramos all taking pot-shots easily fielded by Marc-Andre ter Stegen.

“It’s difficult to understand how this Barca, and without Messi too, are so superior. We have 45 minutes to turn this around,” wrote Madrid club ambassador Alvaro Arbeloa on Twitter at the interval. 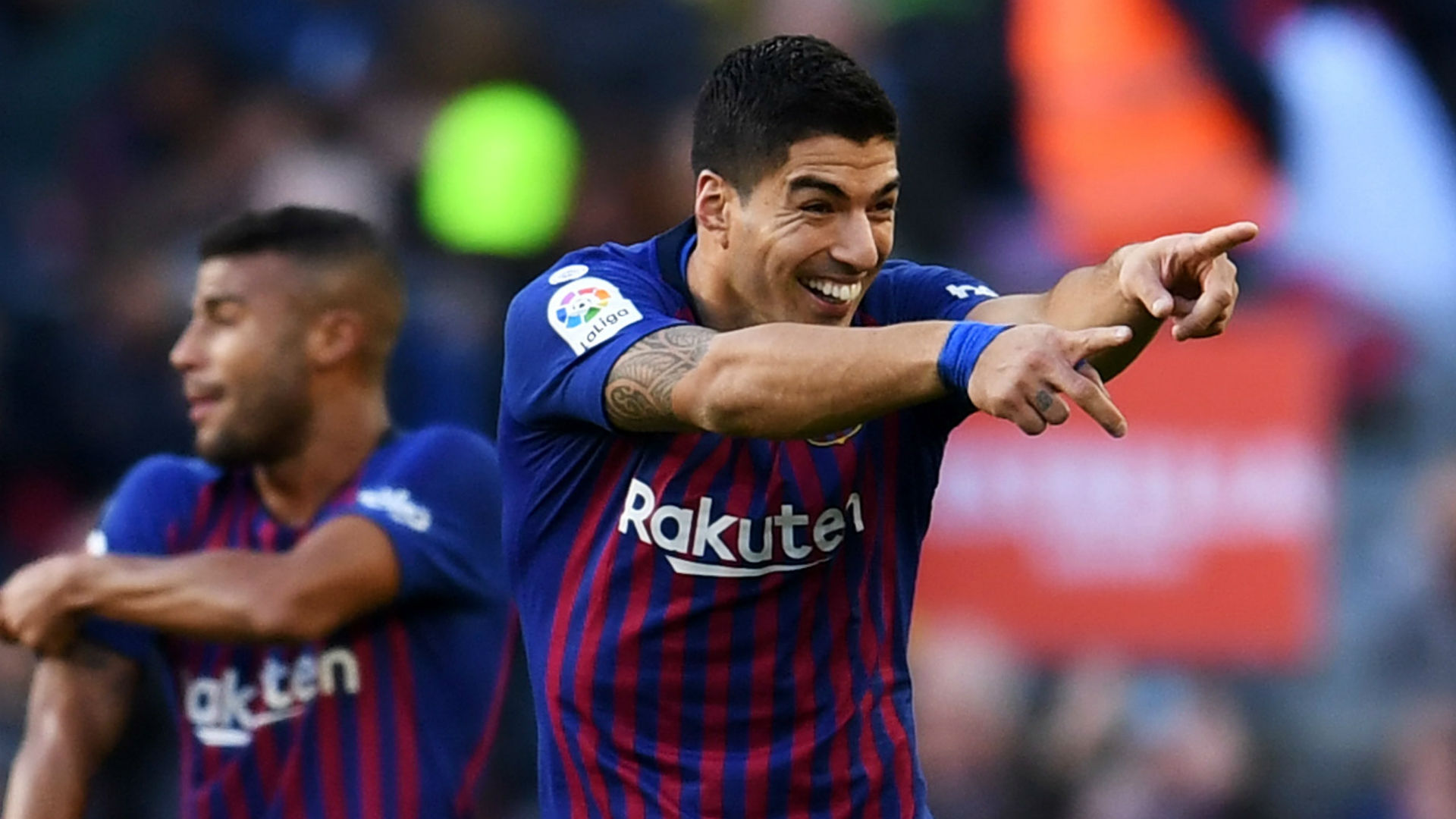 And for a while, it looked like they might. Lopetegui changed formation from 4-3-3 to 3-5-2, and pinned Barcelona back.

Marcelo scored, Luka Modric hit the post and Karim Benzema missed a header from close range that would have tied the game at two goals apiece.

That miss was gut-wrenching for Lopetegui and spelled his doom. Barcelona had the ball in the net at the other end, minutes later, with Suarez showing his opposite No 9 just how to head the ball. 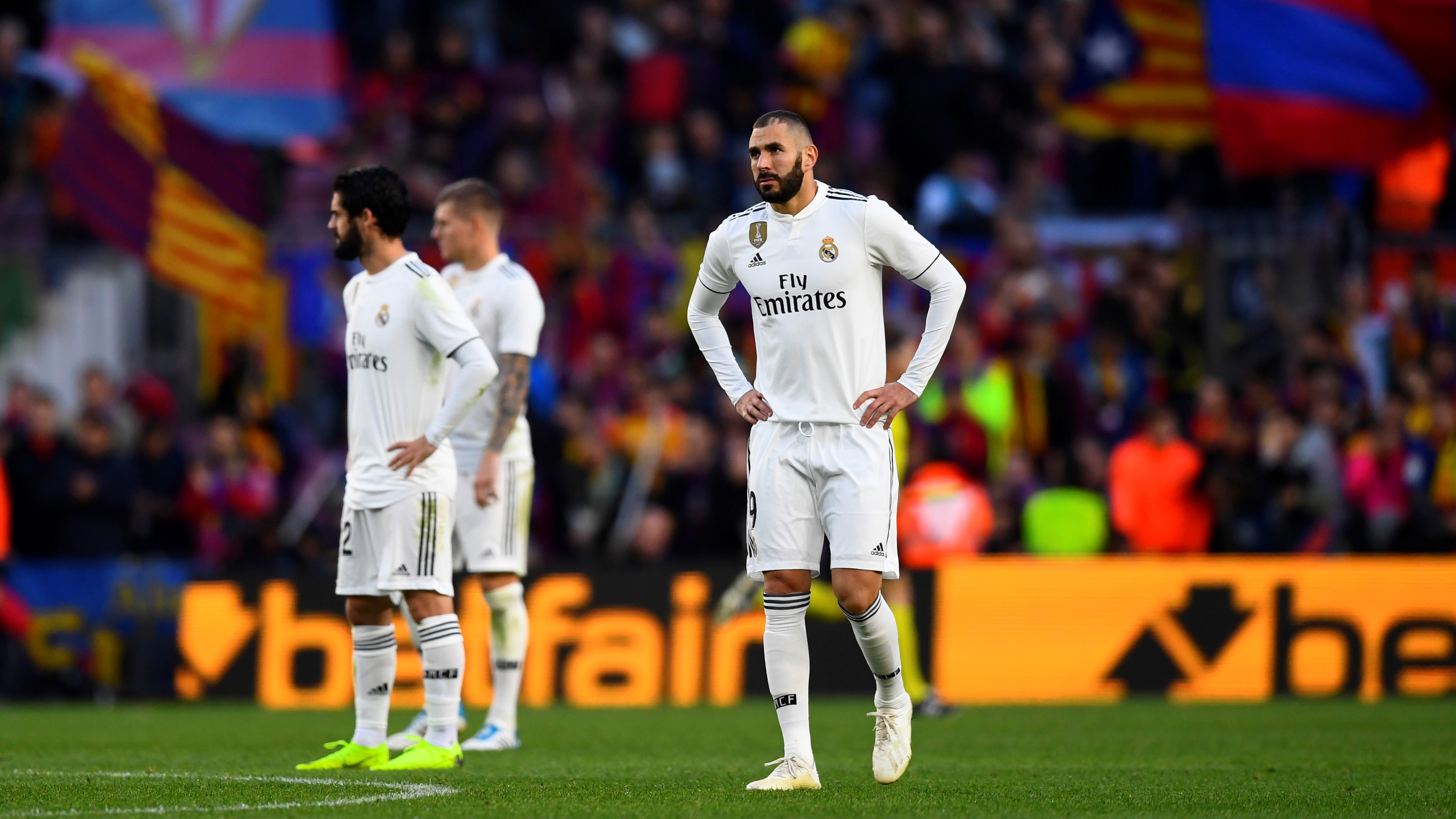 The Uruguayan’s bullet header made the game safe for Barcelona and broke Madrid spirits, the last stand over and done.
Suarez completed his hat-trick and Arturo Vidal, who has carried a grudge against Real Madrid for a while, from his Bayern Munich days, twisted the knife with a late fifth.

Trump Arrives In Helsinki Ahead Of Putin Summit

Kenyatta Re-Elected With 98% Of Vote – Commission

Willian Commits To Chelsea As Luiz Urges Courtois To Stay

FOOTBALL LOVERS!! Liverpool or Tottenham – Who Are You Supporting In...