Three time Nations cup winners Nigeria lead the list of top football nations seeded ahead of the draw for the 2021 Nations cup to be hosted by Cameroon.

The draw for the qualifying round of the 2021 African cup of Nations, will take place on Thursday, 18 July 2019, at Aida Ballroom Cairo Marriott Hotel, Zamalek. This will be during the 32nd CAF General Assembly, scheduled for that same date and venue. 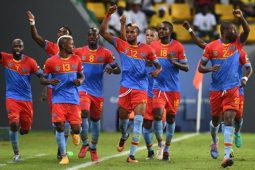 According to Confederation of African Football, the teams have been seeded into five levels, according to the FIFA official ranking issued on the 14th of June 2019

Pot 4 is made up of Burundi, Rwanda, Equatorial Guinea, Eswatini, Lesotho, Botswana, Comoros and Ethiopia as seeded teams of level 4.

The draw will give 12 groups of four teams each (Group A to L). The first two teams in each group at the end of the qualifying round, will qualify for the 2021 Nations cup which will be the second time AFCON will be featuring 24 teams.

Cameroon who were stripped of the right to host the 2019 Nations cup have a chance of hosting the continental fiesta in 2021, 49 years the last hosted in 1972. Cameroon who have won the tournament five times crashed out in the round of 16 in Egypt losing 3-2 to Nigeria. 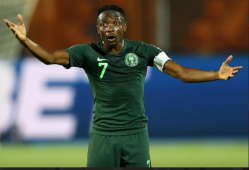 Eswatini formerly known as Swaziland will be hoping to qualify and have an opportunity to make a debut at the Nations cup in Cameroon, just like Burundi, Madagascar and Mauritania enjoyed a test of the tournament in this year’s edition which ends on Friday.

The Sihlangu Semnikati (king Shield) as the national team of Eswatini are called, were beaten 4-0 by Tunisia in Rades in the qualifiers leading to Egypt 2019.

Cardi B finally Reveals Face Of Daughter After Separation From Offset